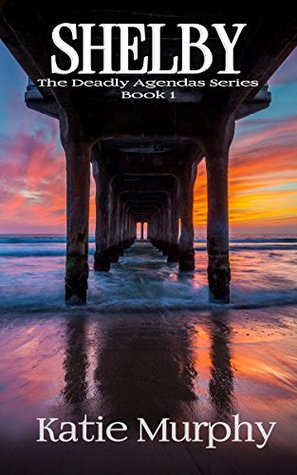 Hey Everyone! I have to say first,  this is a  book that I have waited for since the first little snippet I got to read a year or so ago.  I was intrigued, and wanted more. I got it and it is great! So here we go!! I am excited, aren’t you? Well you should be! Ha!

Enter Shelby, the Secretary of State’s daughter. She is the complete socialite. She has an assistant, stylist, maids, money, and is one of the most unlikable characters I have ever met. Her father calls in a favor with a friend to be her bodyguard. He is Jesse, and he is likable, down to earth and hot! Shelby treats him poorly and tries to play games with him, but then again she plays games with everyone, including her douch-tacular fiancée Jack. She thinks it’s so funny when Jack treats Jesse like the mere paid staff, so like crap.  Okay, so its obvious I do not like a few characters in this story.

Then, you realize Shelby has no real friends, her fiancée is cheating, and when a tragic accident happens she loses everything, except Jesse’s vow to protect her. He continues to do so, and she eventually has an epiphany. She realizes how meaningless her life was. Now there are people trying to kill her and she sees that she needs to actually live life, and do something meaningful. She had to go into hiding and Jesse’s reputation was ruined, because people assumed he was to blame for her being missing. You would think after she changed her behavior and mind I would start to like her. NOPE! NOT AT ALL!

I’ll tell you why I still don’t like her. She is better, but she is still kind of dumb and blind. How can she just dismiss Jesse, or just pull unassuming people into her crazy paparazzi and dangerous world without warning, just because she likes them. To me she is still selfish. She can’t just be herself, like that isn’t good enough.

Okay, we know I won’t give away any spoilers, but I will say that I really did enjoy this book. Anyone who knows me, knows I usually hate the girls, unless they are awesome. This book is written in different point of views, and has a cliffhanger!

Seriously, I may be a little delirious, but go read it! Let me know what you think.

I love books! what else is there to say I read 24/7 and review them all. I read anything that catches my attention so I am not stuck in one Genre, so you won't be either. I am a geek and proud of it. View all posts by Les